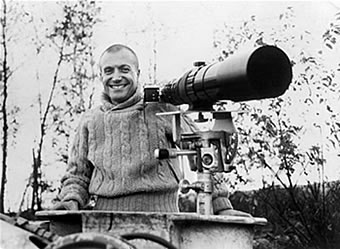 Mark Shaw is best known for his photographs of Jacqueline and John F. Kennedy, which he shot originally for LIFE magazine and later as the Kennedys’ “unofficial” family photographer. He developed a strong friendship with JFK and Jackie and regularly visited the White House during their time there. But Mark Shaw was first and foremost a Fashion and Advertising photographer whose freelance assignments for LIFE magazine had him photographing some of the most notable celebrities of the 1950’s.

After JFK’s death, a selection of Mark Shaw’s photographs was published as a best selling book, The John F. Kennedy’s: A Family Album. The book was re-published in 2000 by Rizzoli with new additions, including never before seen color images.

Mark Shaw also contributed to two other books: The Catch and the Feast features his photographs of wild game, both live and cooked; Messenger of Peace is a photo journal of Pope Paul Vl’s visit to the United States.

Mark Shaw’s images of the Kennedys were widely used in Jacqueline Kennedy: the White House Years, an exhibition of Jackie’s clothing which started at the Metropolitan Museum of Art in May of 2001, and traveled around the country to other museums.

In 2012 Reel Art Press released a number of previously unseen Kennedy images in the third, and most revealing Mark Shaw Kennedy book entitled The Kennedys.

Mark Shaw began his career in 1946 at Harper’s Bazaar and soon afterwards started shooting for Mademoiselle where he met his first wife Geri Trotta.

Shaw began working as a freelancer for LIFE in 1952. In his 16 years with the magazine, he shot 27 covers, and more than 100 stories which included the magazine’s annual review of the  European fashion collections.

As a leading fashion photographer, Shaw also worked for McCalls,  Ladies Home Journal and a host of other publications. He was one of the first photographers to use color when shooting the runways and “backstage” at the couture shows.  In October of 2013 Rizzoli published Dior, Glamour, Mark Shaw  which showcases the wonderful images of Dior Fashions that Mark Shaw photographed for LIFE between 1952 and 1962.

The celebrities Mark Shaw photographed for LIFE and other publications include: Pablo Picasso, Brigitte Bardot, Elizabeth Taylor, Grace Kelly, Jackie Gleason, Danny Kaye, Cary Grant, Yves St. Laurent, Lee Radziwill, Nico of the Velvet Underground, Coco Chanel and his second wife, singer and actress Pat Suzuki, mother of his only child, David. His photographs of Audrey Hepburn, originally shot for LIFE in 1953, are the subject of the book Charmed by Audrey which was published in 2009.

Some of Mark Shaw’s most beautiful work was shot for Vanity Fair’s lingerie advertising campaign. This series of images was created over a ten-year period. It garnered yearly recognition by the prestigious Art Director’s club. After working in still photographic film for over 20 years, Shaw embraced a new challenge, by 1965 Shaw was an active film director filming award winning commercials for television and working as a photographic consultant to film directors. 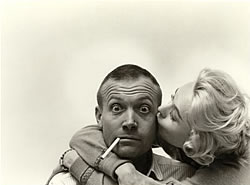 Mark Shaw worked in both print and film until his untimely death in 1969 at the age of 47. After his death, most of his work was hastily put into storage. All but a small number of photographs remained unseen for over 40 years. In 1996 Shaw’s only child, David Shaw, and David’s wife, Juliet Cuming, founded The Mark Shaw Photographic Archive.

The purpose of the Mark Shaw Photographic Archive is to preserve and promote the work of Mark Shaw through a variety of approaches, including:  print sales, licensing projects,  books, and exhibitions.